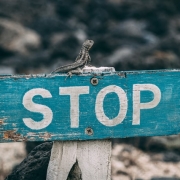 If you’re using Zoom to run webinars, you should take care when it comes to importing registrations. The short version of this post is, don’t import registrants to a webinar where the registration form includes some mandatory custom questions – the attendees concerned will find themselves blocked from joining the webinar until they visit and complete the registration form.

I have informed Zoom support about this issue. I was told that a feature request to add a user warning about this issue has been added, but let’s see whether they actually take action.

I recently organised a two-part series of webinars for a client. On the Zoom registration form for the first of the two webinars, in addition to adding their name and email address, attendees were asked to indicate whether they would like to be automatically registered for the second webinar. There were also a couple of questions about their membership of the organisation running the webinars. These are what Zoom calls “custom questions” and it was mandatory to provide an answer when registering.

The first webinar went well, with about 60% of those who registered attending it live. When it was finished, I proceeded with importing the details of all of those who had opted-in to be registered for the second webinar. Zoom allows you to import registrations using a CSV file, which can have three columns: first name, last name and email address. I successfully imported some 200 registrants, each of whom received a confirmation from Zoom as if they had registered themselves via the event link. So far, so good. As a means of monitoring the process, I had included my own personal email account in this process.

On the day of the webinar, after going live with the session as host at the appointed time, I tried clicking (on my smartphone) on the “Join this webinar” link in the reminder that was sent to my personal email address and was surprised to find that the Zoom app opened with a message saying “You must register to join this webinar”. This is when I realised what had happened: as the additional questions about membership, which were also on the registration form for the second webinar, had not been answered by those whose registrations had been imported, Zoom considered their registrations to be incomplete and required them to visit and complete the full registration form again. The message to users, however, simply made it seem as if they had not registered at all, meaning many of them simply gave up. The result was a lower attendance than the first webinar, despite having a much higher number of people registered. (Many had also registered directly for the second webinar, completing the form in the usual way.)

What Zoom should do

While I understand why this happened, and I would still recommend Zoom as an excellent platform for webinars, I believe the user experience is very poorly designed in this case. They should, somewhere along the line, have warned me, as a host, that my imported registrants would not be able to access the webinar until the custom questions had been answered. I see this as the minimum they should do to address this problem (which is not, as of today, covered anywhere in the Zoom documentation).

They could also consider allowing additional columns to be included when importing registrations, so that you can import answers to custom questions as well.

And, finally, the users who were unable to access the webinar should have a clearer message than simply “You must register…” – as far as they were concerned they had already registered: they had received a confirmation from Zoom to this effect, after all. The message shown in cases like this could be more along the lines of “The host requires some additional information before you can access the webinar – please click here.”

So, that’s my word of warning. It’s a niche problem, for sure, but I hope that by describing it here I can perhaps help others to avoid it. And perhaps Zoom will do the necessary before too long.

Photo by Jose Aragones on Unsplash

A wild goose in Switzerland
Scroll to top